Last week I met a mother of my nursery student who was very much worried about her child. She was annoyed with hyperactivity of her child, ignorant and some socially unaccepted behavior. While got feedback from his class teacher, found him most active child. Mother was embarrassed because the child was not completing his home work but involved with hyperactivities. She felt her child is going out of control and decided to meet his class teacher to get solution. 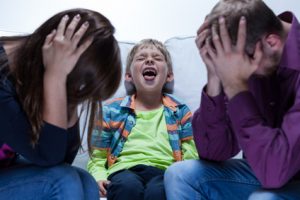 This is not a unique case rather a general phenomena which psychologist generally term as ADHD. Actually to handle such a child is not so tough if it is done appropriately. If we put our feet in their shoes and try to understand that these children have high energy level which need to be channelize. Considering their interest, their behavior can be controlled easily. Slightly restricting them from their most favorite article, toy or activity in lieu of their controlled behavior can be the best deal. What I did here. The child loved to play and spend long time in swimming pool on weekend in the school. His teacher was instructed not to allow him to go into the swimming pool until he follows his parent’s instruction. Mother was also advised to keep vigil on child’s activity so that during course of his hyperactivity he could not heart himself.

All instructions were followed at school and child’s house as well. It was noticed the emergence of positive behavior of child. Mother reported that for last few days the child behavior seems under control. When today I met him, the child under observation told enthusiastically that he is following his parents. What steps we taken to get such spontaneous result? Teacher and parents worked together to get desired result. During this period he was forced to maintain distance from his favorite activity, games, toys and other stuffs. So we reinforced his behavior with his interest. It works…..really works but one should concentrate and appreciate the efforts of child he/she is taking to improve.

Author is an Educationist, Author, Motivational Speaker and Founder Director: KIDZ aura Playschool, a proposed chain of 5500 + Playschools. He can be reached at ajit15a@rediffmail.com and call +91 8932804640